A Tour Of Cosentino's Head Quarters in Almeria, Spain

In September 2019, we were delighted to be invited to tour the incredible 3 million square metre Cosentino industrial park in Almeria, Spain. Both Burlanes Sevenoaks and Burlanes Chelmsford are Cosentino Elite showroom partners, and it was fascinating to learn the processes of extracting the stone we use and love in our kitchens everyday. 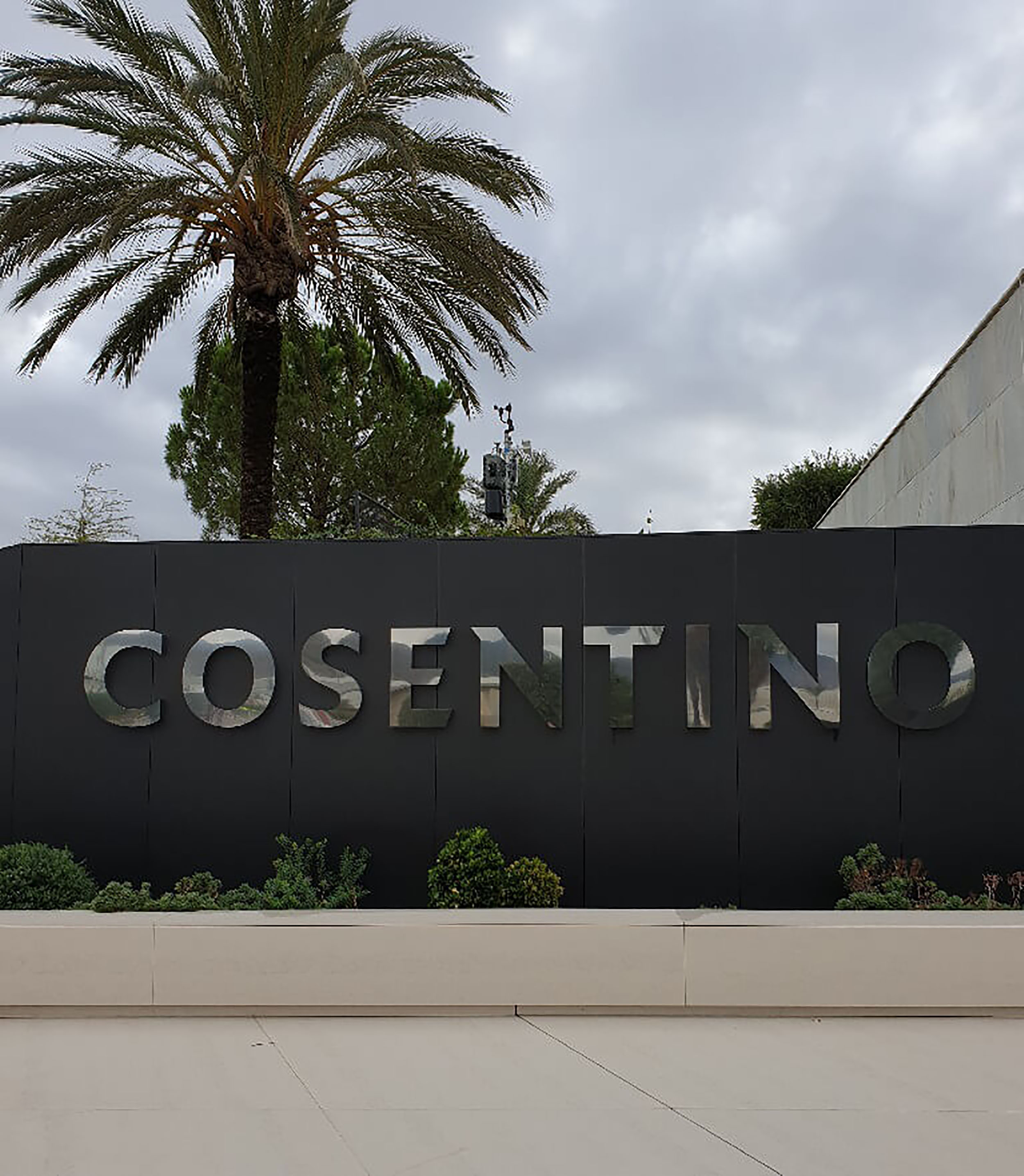 Founded in 1940 by brothers Eduarda and Eduardo Cosentino, quarrying small amounts of marble in Macael (Almeria, Spain), Cosentino are still a family-owned business, just on a much larger scale. A few years later, the second generation of the family joined – Francisco, Eduardo and Jose Martinez-Cosentino – opening a small warehouse in Barcelona, Spain, stocking the Macael Marble.

Throughout the 80s and 90s, Consentino continued to grow their company by expanding their products, and became world reknowned for their three groundbreaking stones: Silestone, Sensa and Dekton, all of which we love and use daily in our kitchen designs. 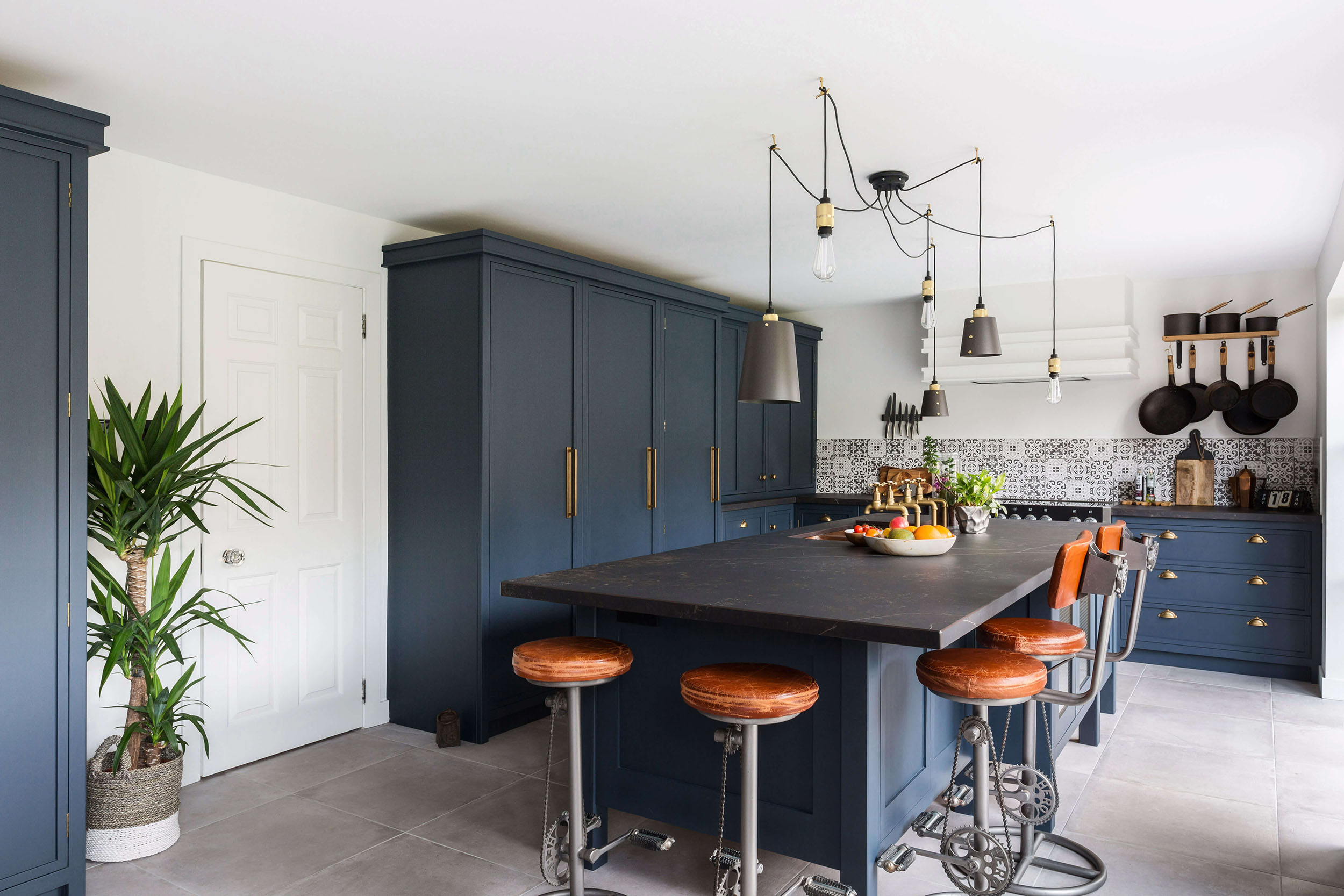 Cosentino have a number of factories, quarries and offices worldwide, but it was a real pleasure to be invited to the very town it all started out in back in the 1980s; Macael, Almeria.

Upon arriving at the Cosentino HQ, we were repeatedly told that Spain has not had rain this severe in years! We were caught up in the flash rainfall (and extremely sad and unfortunate floods) that hit South-East Spain earlier this year, so our tour guide, Katerina, was not sure we would be able to visit the quarry. Lucky for us, the rain had stopped for a short while, so we made the 10 minute journey out of the industrial park, and into the beautiful White Macael marble mountains, to the Cosentino Macael Marble quarry. 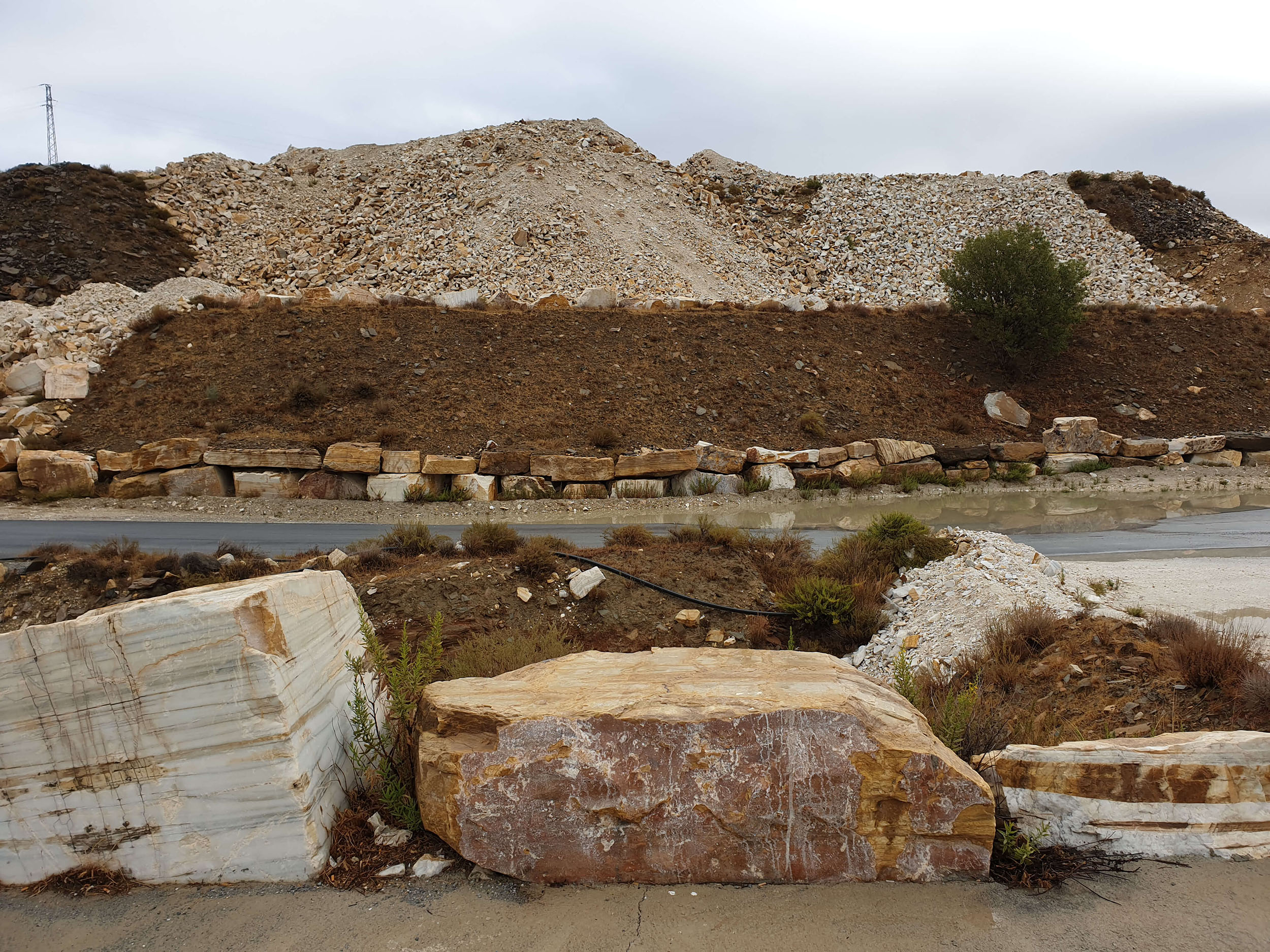 From the viewing platform, it was incredible to see the huge scale of the quarry; just one of many owned by Cosentino! 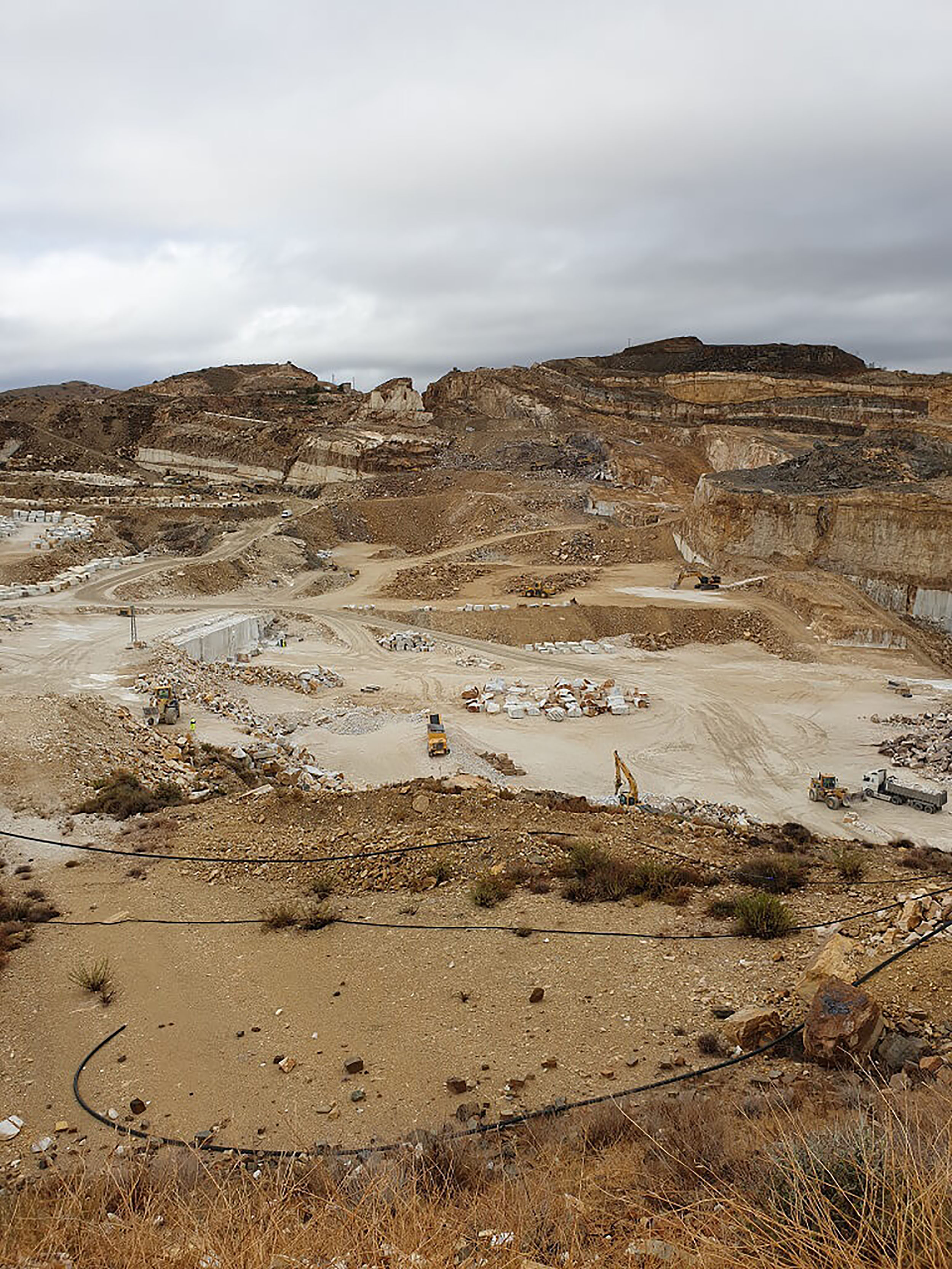 The stone is extracted from the quarry using specialist machinery. Holes are drilled into the stone, and a diamond wire moves slowly through the holes, slicing through the slabs of stone in its path. 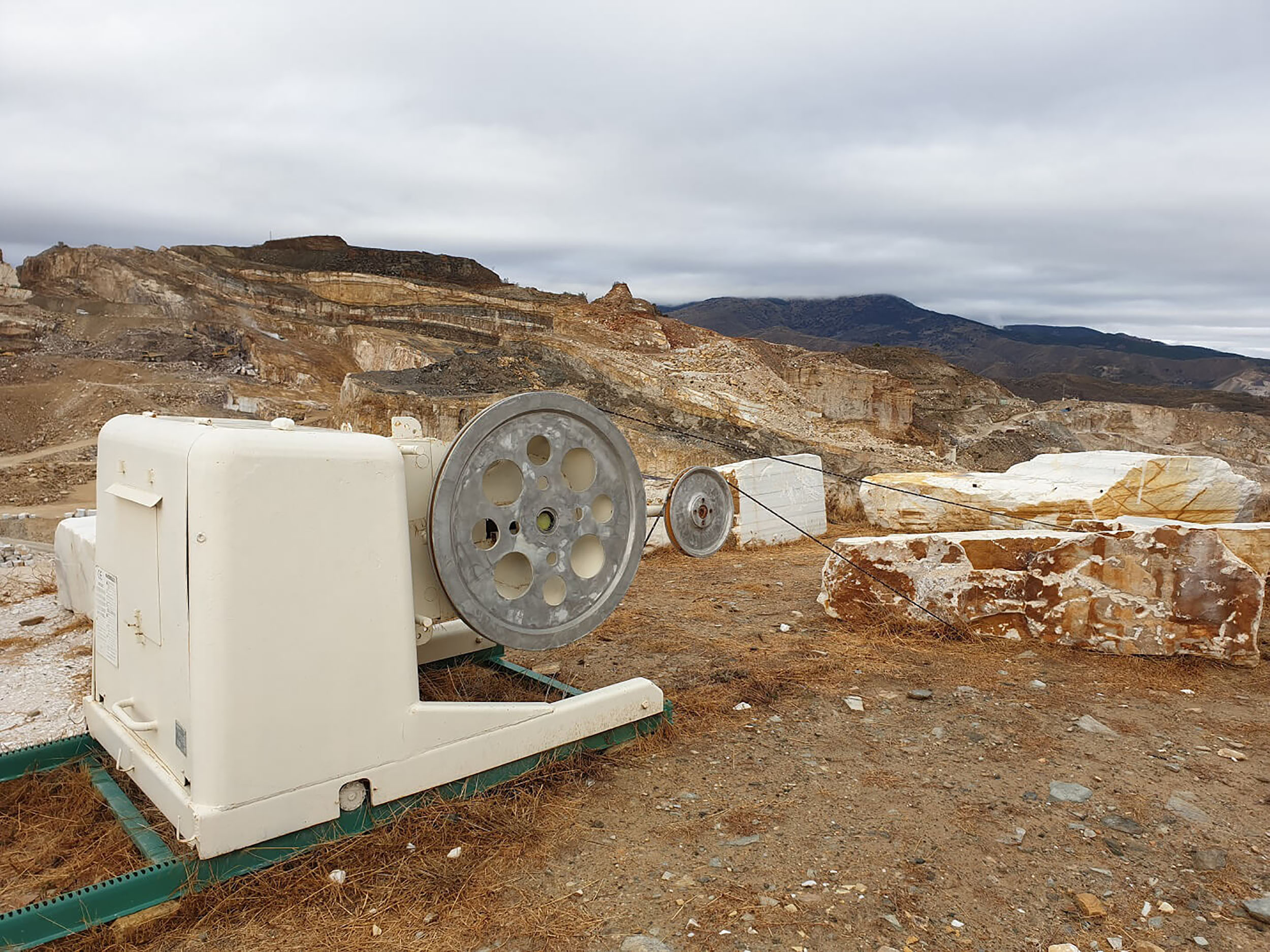 Upon returning to the Cosentino headquarters, our next stop was the industrial park for a tour of the 5 incredible factories, undertaking all steps to turn the quarried pieces of stone into the beautiful slabs of Silestone, Sensa and Dekton. 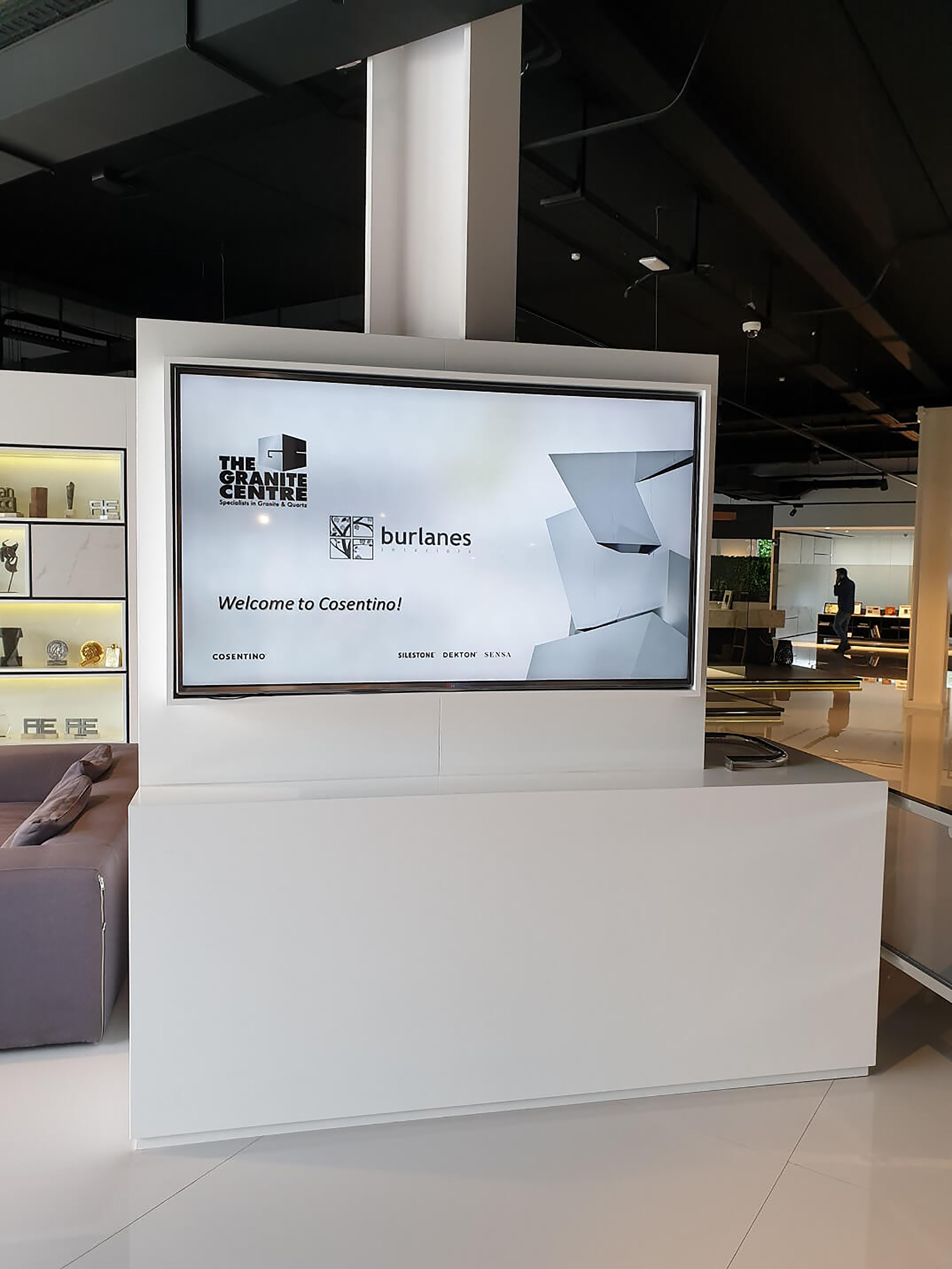 After a lovely lunch at the beautiful restaurant in the Cosentino owned hotel, we met with Cosentino's product development team, for an incredibly insightful few hours! 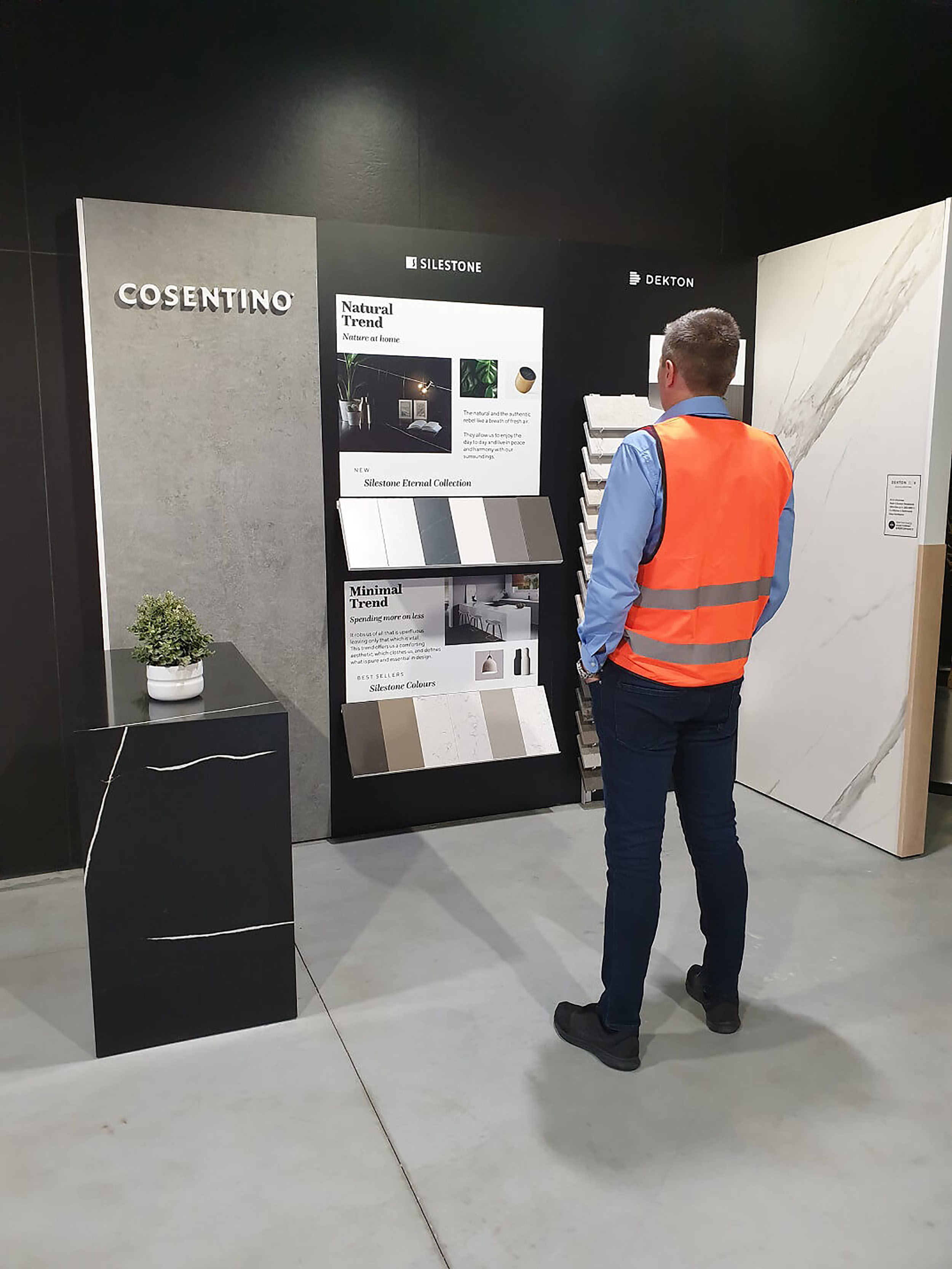 We finished the day with a tour of the warehouses, home to thousands and thousands of finished slabs of beautiful Silestone quartz and granite, Sensa and Dekton, and we got an insight into the newly invested machinery transporting the stone from factory to factory, sorting, loading and storing the slabs. The technology really is incredible, and it is easy to see why Cosentino stone is of such a high, unrivalled quality.

Cosentino Industrial Park, Almeria, Spain
Thank you so much to all at Cosentino for such a wonderful trip!
Latest News

We cannot recommend the Burlanes team enough; they just knew what we needed and got it so right.